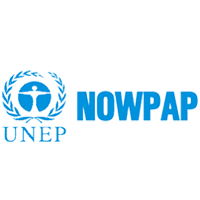 The Plan of Action for the Protection, Management and Development of the Marine and Coastal Environment in the Northwest Pacific Region (121-143°E, 33-52°N) (NOWPAP) was adopted by Japan, China, Korea and Russia in September 1994 as one of the Regional Seas Action Plans of the United Nations Environment Programme (UNEP).

The 1st International Workshop on Remote Sensing of Marine Environment in the Northwest Pacific Region was held in Toyama, Japan, organized by the Ministry of the Environment of Japan and NPEC.

The 2nd International Workshop on Remote Sensing of Marine Environment in the Northwest Pacific Region was held in Toyama, Japan, organized by the Ministry of the Environment of Japan and NPEC. 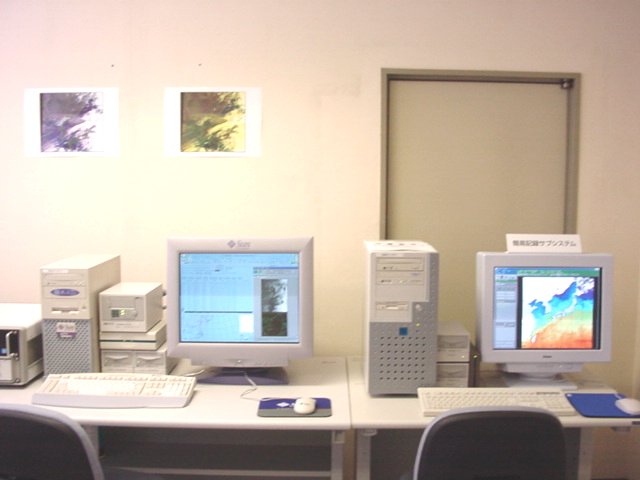 The Ministry of the Environment of Japan has established the Marine Watch System at the Toyama Prefectural Environmental Science Research Center to receive and process satellite remote sensing date, and NPEC was in charge of operating the system. 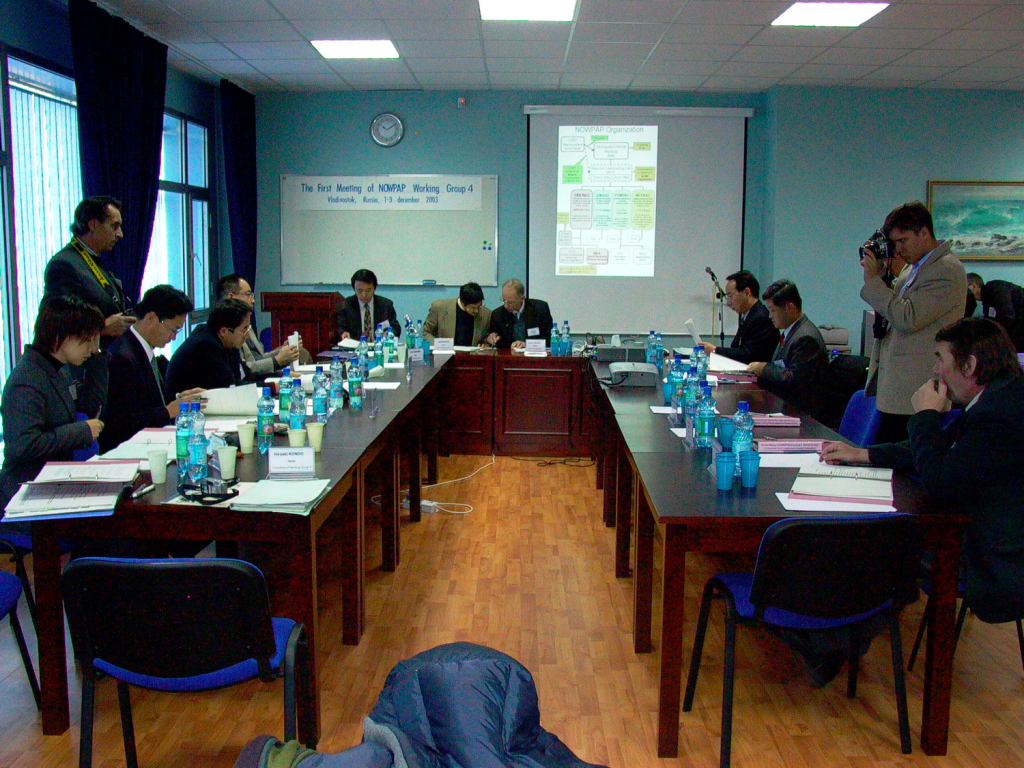 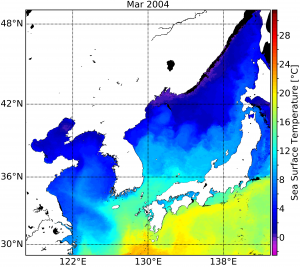 We have received and processed observation data from the AVHRR sensor onboard the NOAA meteorological satellite, and have started to provide Sea Surface Temperature (SST) data on the Marine Environmental Watch System website. 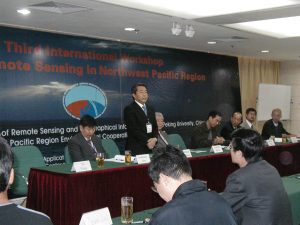 NPEC organized the 3rd international workshop on Marine RS in the Northwest Pacific Region in Peking University in Beijing, China. Experts of relevant countries including NOWPAP member states made presentations to introduce activities on Marine RS in each country. 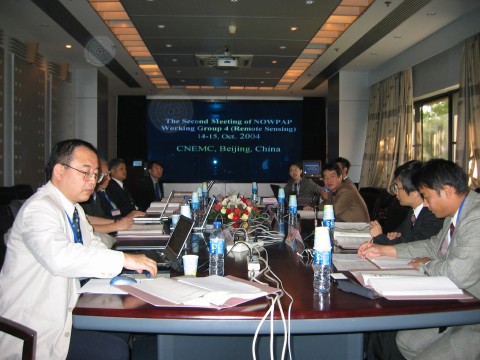 The 2nd Meeting of NOWPAP Working Group 4 was held in Beijing, China. The meeting reviewed the progress of National Reports summarized the status of the Marine Environment Remote Sensing in NOWPAP member states and discussed the integrated report that further summarized the national reports.

We obtained the MODIS sea color sensor data from NASA Aqua satellite received by JAXA Earth Observation Center via the Internet, created a satellite chlorophyll-a concentration data set for the NOWPAP region, and started to distribute the data on the Marine Environmental Watch System website. 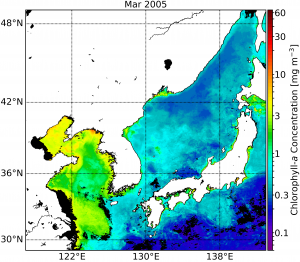 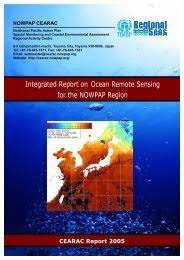 Each of the NOWPAP member states made reports on their use of ocean remote sensing, and based on these reports, CEARAC prepared and published the integrated report for the NOWPAP region. 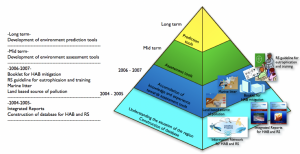 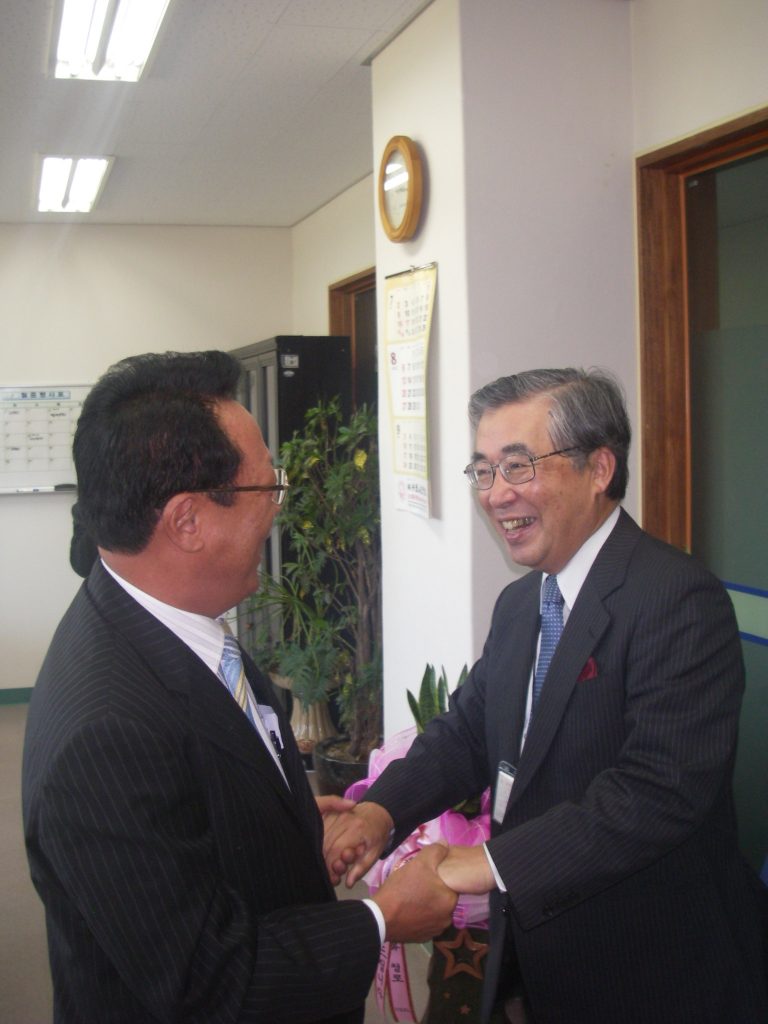 The 4th International Workshop on Remote Sensing of the Marine Environment in the Northwest Pacific Region was co-organized by NPEC and Pukyong National University in Busan, Korea. It was proposed that experts from Working Group 3 (Red Tide/Harmful Algae) and Working Group 4 (Ocean Remote Sensing) should jointly work on eutrophication status assessment. 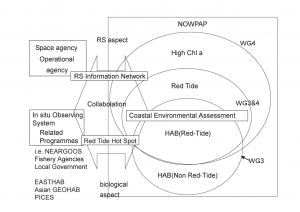 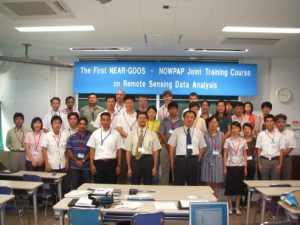 IOC SubCommision for the Western Pacific (IOC/WESTPAC) and CEARAC conducted the 1st NEAR-GOOS – NOWPAP joint training course on remote sensing data analysis, at Nagasaki University, Nagasaki, Japan.
The course consisted of lectures by specialists and hands-on practical sessions on analysis of satellite data. The course provided an overview of remote sensing of ocean color with special emphasis on applications of ocean color relevant to the Northwest Pacific Region.
The training course was targeted at postgraduate students, professional researchers and local government officers working in the fields of marine sciences and coastal-zone management in North-East Asian Regional GOOS (NEAR-GOOS) and NOWPAP area. Applications from advanced undergraduates also were considered.
Ten lecturers composed of experts from China, Japan, Rep. of Korea, Russian Federation and USA, were invited and made the lectures and give practices to twenty three participants in the training course.
Twenty three participants from eight countries which were China, India, Indonesia, Japan, Rep. of Korea, Russian Federation, Thailand and Vietnam, were chosen based on their demonstrated ability to be able to transfer the knowledge and skills gained in the course, back to their respective schools and institutions as trainees, and attended to the training course. 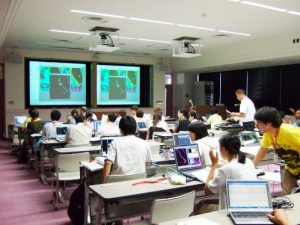 Eutrophication Monitoring Guidelines by Remote Sensing for the NOWPAP Region 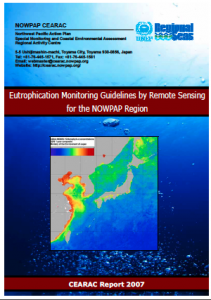 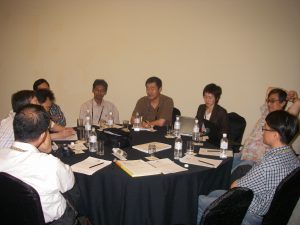 In the project of the Global Environment Fund (GEF), the United Nations Development Programme (UNDP), and the Yellow Sea Regional Marine Ecosystem (YSLME), a project on sea color remote sensing was initiated. This was the starting point for the development of algorithms based on the characteristics of the Yellow Sea, with researchers in sea color remote sensing from Japan, China, and Korea sharing observation data from each country. 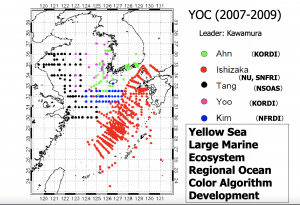 The 4th NOWPAP training course on Remote sensing data analysis was held at Ocean University of China in Qingdao, China.

Feasibility study towards assessment of seagrass distribution in the NOWPAP region

NPEC has formulated the ” Development and Operation Plan for the Marine Environmental Watch System: Considerations for Cloud Computing” (contract work for the Ministry of the Environment, Japan).

The NOWPAP Eutrophication Assessment Tool (NEAT) was introduced on the UNEP website.

Complete migration to a cloud environment

The Marine Environmental Watch System has been fully migrated to a cloud environment, and has started to automatically process and provide data on satellite chlorophyll-a concentration data using an algorithm tuned for the NOWPAP region.